Nineteen years (+1 day) ago, I ended the day with a new husband and a new pen. I still have, and ENJOY, both. Truth be told, I sort of twisted Fred’s arm. For the pen, not the marriage. At around $100 it seemed outrageously expensive (and WAS, interesting enough, about double the cost of my wedding band). But I wanted it, mentioned it, and Fred took my strong, strong hints. It’s a rollerball Meisterstuck, and for a number of years, I was a little (a lot) scared to use it. What if I lost or damaged it? Why take the chance when I had a bunch of disposable “who cares” pens? I created a little pen shrine. I worshipped/protected the pen, but rarely used it. 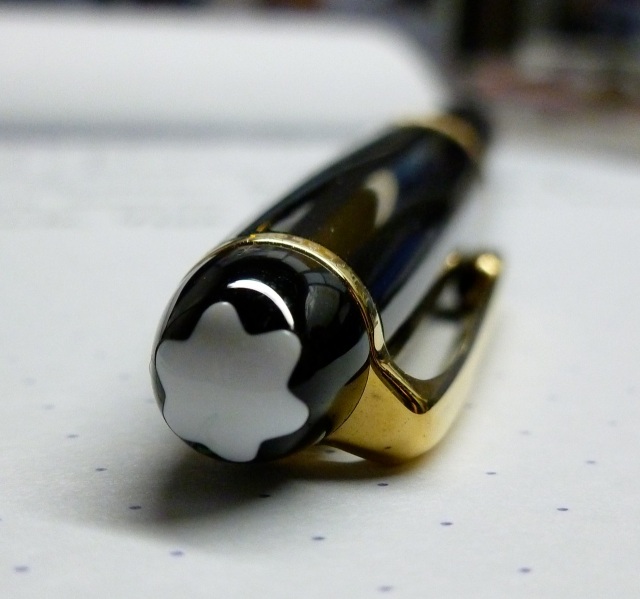 Eventually it dawned on me that a dusty pen is as bad as dusty marriage, so I took the pen out of its case, purchased a few refills (the rollerball and Fineliner refills both fit in this particular model), and started using my gift. I’ve been using it for journal and calendar entries, as well as grocery and to-do lists. As with anything of value, I’m careful with it, but I’m having fun with it, too. The pen AND the marriage.

Made of polished black resin, my pen features gold accents, and the signature Montblanc “snow cap.” I never knew, until I was reading the included Montblanc booklet tonight, that each pen has its own number engraved on the ring of the clip. Cool detail. I’m particularly enjoying the Fineliner refill, which I would classify as a porous point. It’s firm and smooth. Really nice. 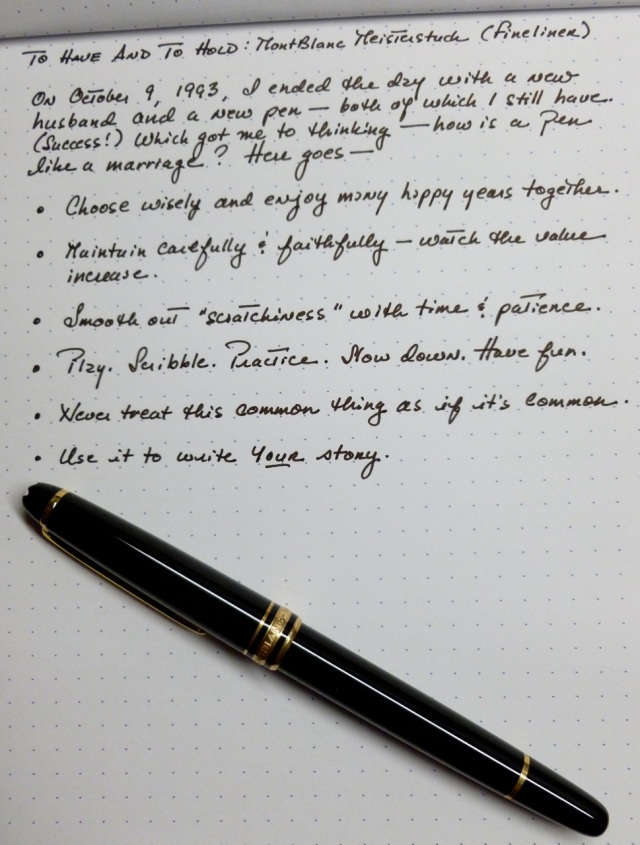 Here’s to having and holding and loving. The pen AND the marriage.