Sixteen year old Sawyer Fredericks auditioned on NBC’s “The Voice” in 2015 with the song “I Am a Man of Constant Sorrow.” I’ve been a fan ever since, especially because Sawyer is a local boy. Well, local(ish), having grown up in Fultonville, NY, about an hour from here.

Sawyer went on to win “The Voice,” released a post-Voice album, but ultimately decided to go independent—a decision that makes complete sense. He’s a unique talent that doesn’t fit the corporate record company mold, and has his sights set on making his music his way. He’s an old soul in a young man’s body—quiet and kind—with a voice that gives me chills.

Last Sunday night, Fred and I attended our first Sawyer Fredericks concert at The Glove Theatre in Gloversville, NY. We purchased $30 VIP passes which included a pre-concert reception, priority table seating, and a post-concert meet and greet. Immediately before the concert, Sawyer premiered his latest video, “Gasoline,” which was filmed in the same venue.

After the concert, about 40 of us lined up to meet Sawyer. His mom was on hand to take photos with our phones, and he graciously signed his fans’ tickets, programs, and VIP passes. I had the presence of mind to bring my Hobonichi and decided to ask him if he’d sign the June 3rd page.

As you know, my Hobonichi has become my “everything” book—the place where I document the details of my life—so it seemed like the perfect place for Sawyer’s autograph. AND I think I have a better chance of hanging onto a Hobonichi through the years than I do a single concert ticket.

So sure, he signed our tickets and VIP passes, AND my Hobonichi.

As he picked up his Sharpie, he quietly said, “I hope this doesn’t bleed through,” which I thought was adorable—his concern for my notebook. We had to move along so I didn’t launch into an explanation of Tomoe River paper, but just laughed and told him that I really didn’t care. I SO did not care. 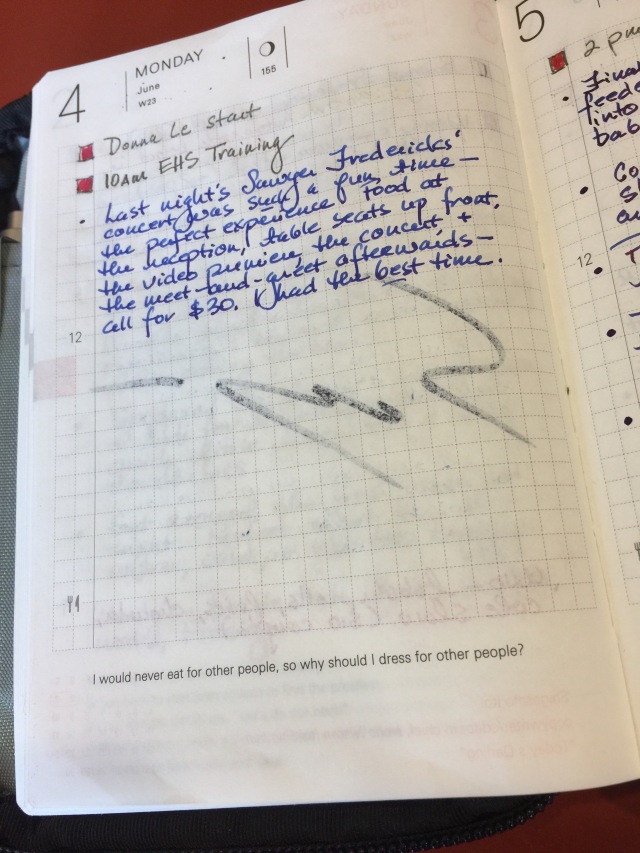 Sure there’s some show-through, but no big deal. I was just thrilled to meet him, capture this memento of a special night, and to say thank you for his music and kindness. 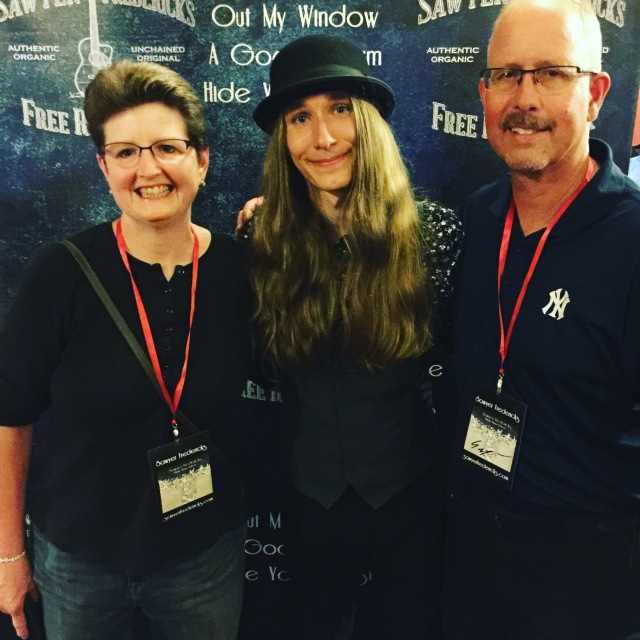 It really was the best night.